You are here: Home / No Spend Year / My No Spend Year: How I Paid Off 10K Worth Of Debt, In One Year, On A Single Income.

This post will go into exact detail of how I paid off €10,000 in one year on a single income, on my own, with two kids, during my no spend year. 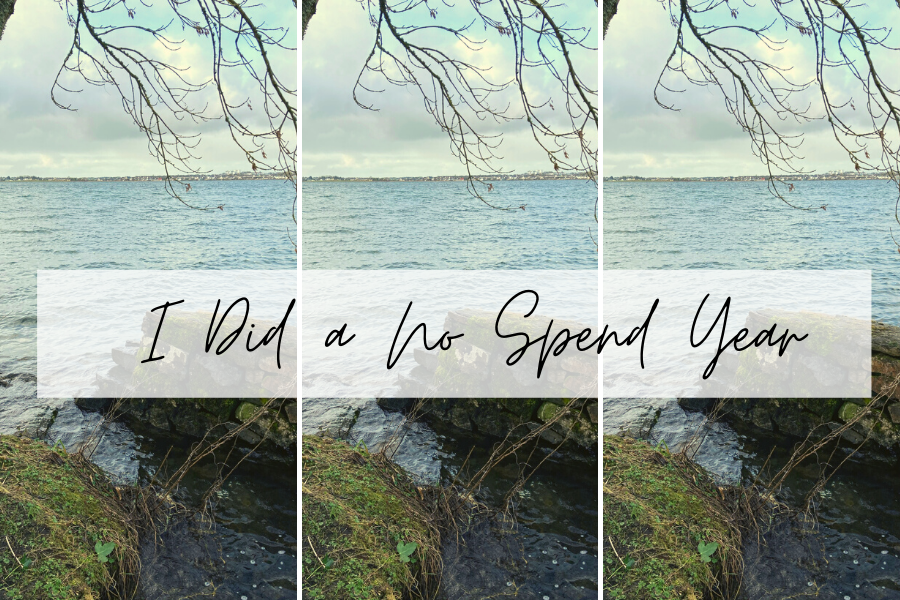 I was overwhelmed, always busy and paying no attention to my money. I just didn’t have time! Well, I didn’t have time, until I HAD to have time. I was facing divorce when a letter arrived at my house from the legal folk wanting to know about my financial situation.

‘Your guess is as good as mine’, I thought.

I had no idea where to begin. The letter contained a form called a ‘statement of means’ for me to fill out.  The form included questions about all sources of income and expenditure, debts and assets. The process of getting my details together for the divorce was the beginning of my budgeting journey.

How knowing my annual numbers was a powerful starting point for my no spend year.

How I got to know those numbers and what tools I used.

Why setting goals before I believed in them really helped!

How having a ‘tribe’ was a key to success.

Why hard work won out in the end.

1.Getting To Know My Numbers. 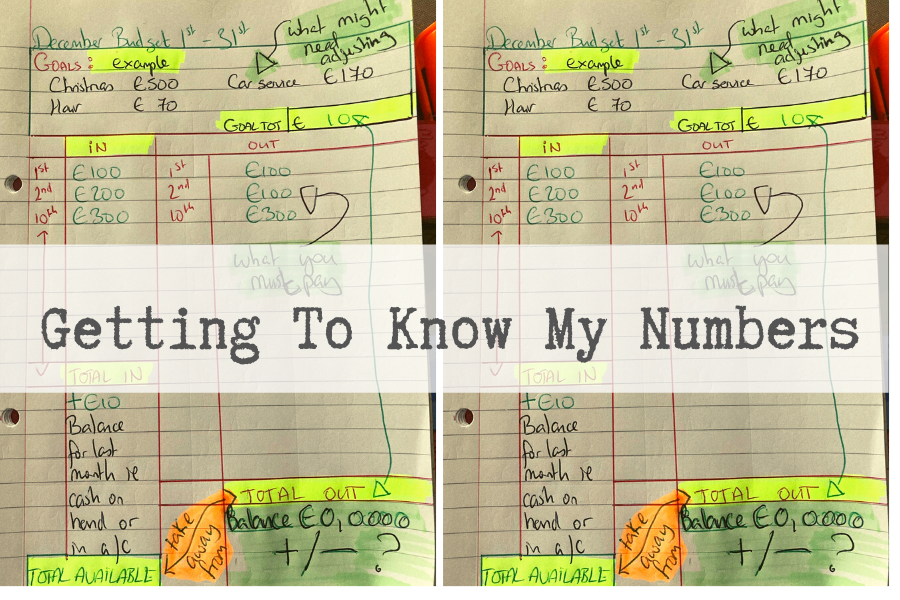 I had no idea what my numbers were.

It took me several weeks to put together the financial details for the solicitor. As I picked over my paperwork, I realised that my financial outlook wasn’t exactly rosy. That being said, those couple of weeks learning about my money, was one of the most valuable experiences of my adult life.

As I dug through my filing system, which was a big plastic tote bin of folders, I managed to pull together a picture of my financial state for the upcoming divorce. It was shocking to see how out of control my finances were. A collection of smaller debts had suddenly become €10,000 worth of debt. I really was not aware of that until I wrote it all down.

Spending the time to get to know my numbers before my no spend year, was time well spent.

Budgeting for beginners: 7 pre-budget steps you need to know before you write your first budget.

2.Preparing My Numbers Before I Started My No Spend Year Was My Secret Weapon.

I laid out my notebook at the beginning of my no spend year with as much detail as I possibly could. I had gathered my numbers and calculated the annual amounts for everything. If you ever want to know what your financial state is, do an annual overview. You don’t need any fancy equipment. Just a pen and notebook and the truth is all you need to get your numbers together before you start.

It was out of necessity that I had to get such a clear financial picture quickly. It turned out to be the most solid of foundations for my no spend year. I took my newly discovered numbers and began to write in detail, my annual financial overview and how that broke down monthly, weekly and even how it affected me for the next few years.

I Was Going In With My Eyes Open.

The benefit of knowing my numbers from a multi-annual, annual, monthly and weekly perspective completely changed how I view money, time, resources and even health.

In a strange way, I was lucky to not have been influenced by anyone else’s budgeting journey to this point. I was utterly unaware that there were huge communities online discussing debt free living, frugal living and household budgeting. I later joined groups on Facebook that were a great support in the debt pay off process.

No-one Knows Your Situation Better Than You Do, And They Never Will!

Knowing my own situation thoroughly in the first place though, meant that I wasn’t so overwhelmed with other people opinions or approaches to money management. In the early stages of budgeting there can be an overload of information offered, and if I hadn’t had the solid grounding of doing my annual overview on my own first, I could easily have spend months floundering trying to get my first successful budget together. I knew where I stood before I spoke to another person about my financial situation.

Taking this time to put my numbers into action changed my perspective on money forever.

3. I Set Goals Before I Believed They Were Possible. 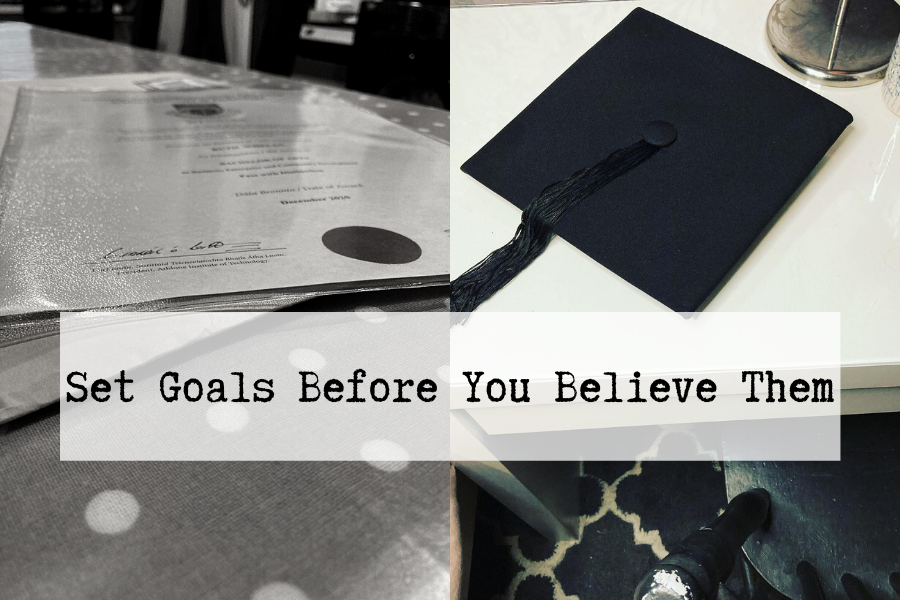 I Knew Where I Stood

With there being no doubt as to how much money came into my house each year and how much was going out, I felt I stood on solid ground. The stark reality of knowing that I was spending more than my income each year, was oddly comforting. At least I was no longer in the dark.

Of course, that is just what debt is, isn’t it? It is a constant over spend. We can argue about good debt and bad debt, but at this time in my life, I needed to get rid of my debt ASAP.

Put in plain terms, I was in 10 grand worth of debt, and I had nothing of value to show for it. With two kids to bring up on my own, there was no going back once I’d seen the truth of my financial situation.

I had dreams rather than goals at this point. I didn’t dare to even say out loud what I hoped to achieve. So I began to write out what I would like to achieve in my life but without the added pressure of needing to believe these things were possible.

I came up with the following goals through a process of scribbling down dreams and ideas.

I wrote my goals down and believed in none of them.

I’m glad to report that that is my graduation cap and my degree parchment in the image above, achieved after my no spend year (with zero debt!!)

So with zero belief that I could achieve these goals, I went online to see if I could find some resources. I quickly discovered that there were thousands, if not millions of people around the world, paying off large amounts of debt by doing no spend challenges.

‘They must be completely mad!’, I thought.

I began to listen to the famous Dave Ramsey. Have a listen to this video to get a flavour of why Dave is so famous in the budgeting and debt free communities. Commentators are divided on Dave’s approach, but I found it enormously helpful at the beginning of my no spend year.

The main benefit of listening to his YouTube show was this. I started the no spend year without believing in my goals, but I was exposed to so many people through his YouTube show, doing exactly what I believed I couldn’t do, that I started to believe it might be possible.

So my advice to fake it till you make it as that is exactly what I did and it worked.

5. Get Involved With People Who Are Also Doing A No Spend Year. 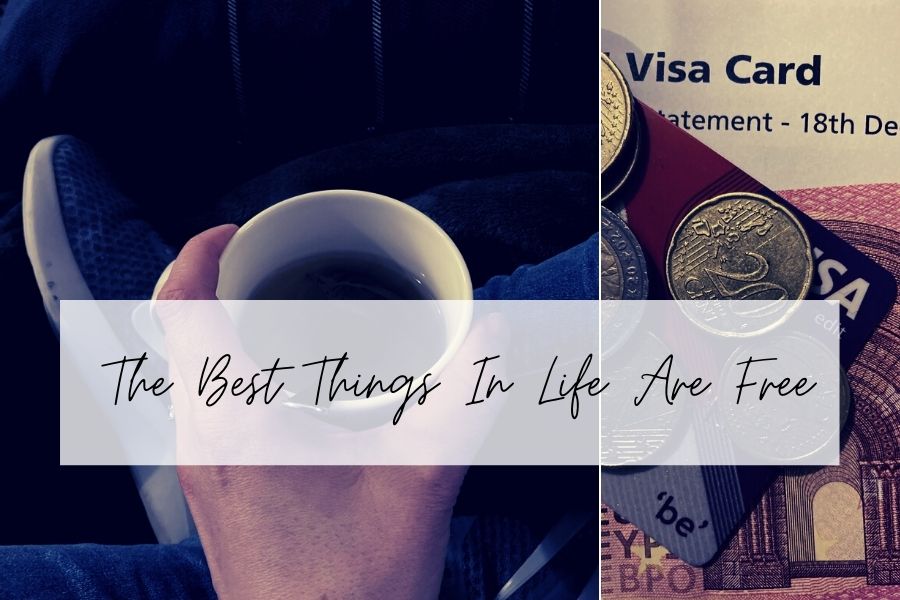 I knew absolutely no-one in real life who was doing this and I still don’t! I have made lifelong friends with people online, who have a similar interest in financial progress, from across the world. Those friendships are one of the main reasons I was able to sustain my no spend year and pay off €10,000 in debt on a single income.

Hearing about different goals being achieved by families in Ireland, the UK and the USA, is so motivating! Paying off all your debt was seen as a little bit weird back in 2017. It’s much more mainstream now with Instagram, Pinterest and YouTube bursting at the seams with budgeting advice and debt pay off journeys.

Join me on Instagram for daily budgeting and frugal living tips @mrs.hawkins.house

If you are embarking on a no spend year or just beginning to budget you should come on over and join in. Having a tribe is a huge advantage!

6. I Worked On My Budget Relentlessly. 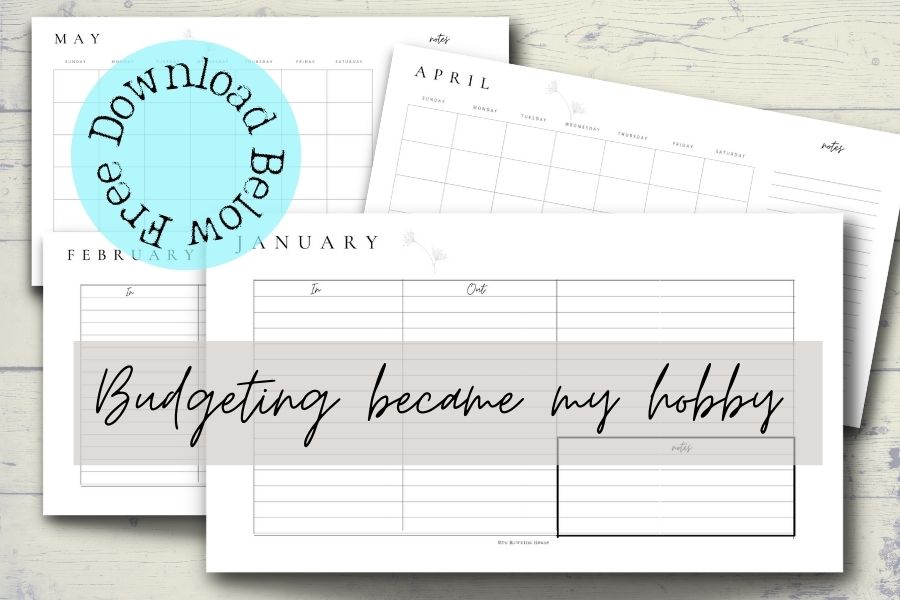 My Numbers Kept Me Accountable

Once I was in touch with like minded people online, I became utterly convinced that I would pay off this debt by the following year. Having my annual overview was a constant reminder that small decisions today had long term consequences for my financial goals.

I wrote weekly, monthly and quarterly budgets over and over again. I worked and reworked my budget until I dreamed about it at night. If money is tight, there is no other way than to work exceptionally hard in the early days of budgeting. To succeed in gaining control over your money and your own beliefs around it, you have to face it head on.

A the end of the day, the numbers don’t lie. My income, outgoings and debt repayments were on paper for me to see as plain as day. If I spent no money on anything except essentials for one year, the debt was going to be gone. I just had to stick to it.

Relentless budgeting in the first year was utterly life changing for me.

7. I Meal Planned Every Meal For An Entire Year. 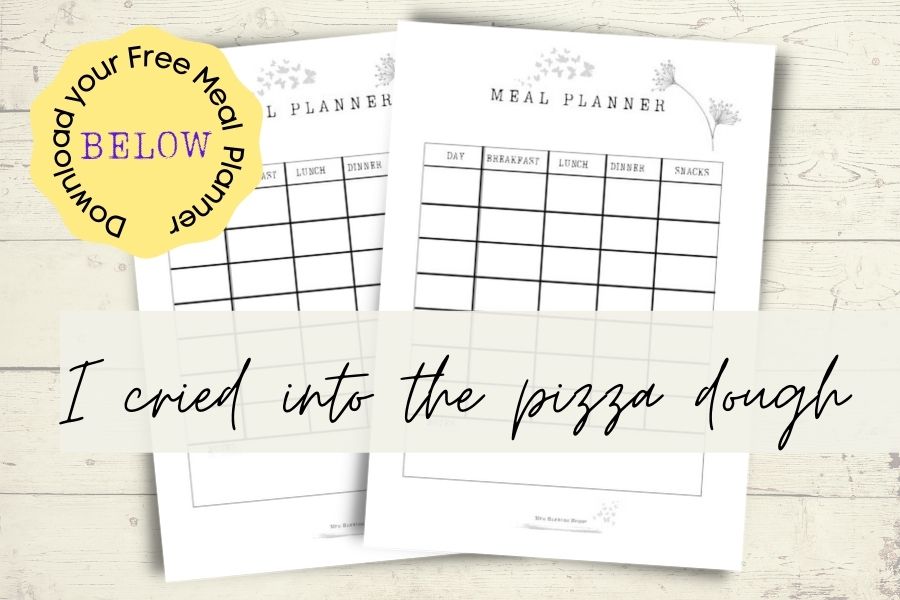 With the constant rewriting of the budget also came another relentless task. Meal planning and meal prep was a huge part of my no spend success. For one whole year, I made almost everything we ate from scratch. We bought little or no convenience food at all. Own brands, homemade bread, pizza dough, snacks and cakes became the order of the day.

If I didn’t have money in my grocery budget, I didn’t buy it. I set a strict budget that worked out at €50 per week for a year. That represented a €50 saving per week on my grocery expenditure, and ultimately a quarter of my 10K debt. I persevered, as I knew this saving each and every week, for one year amounted to a huge chunk of my goal.

I remember crying into pizza dough one night as I pummelled it into submission, but I kept going. The idea of getting rid of this €10,000 within the no spend year, had completely possessed me. Funnily enough, this pizza dough is still one of our favourite recipes and is a huge money saver! Every cloud, eh?

8. I Never Gave Up No Matter How Hard It Got. 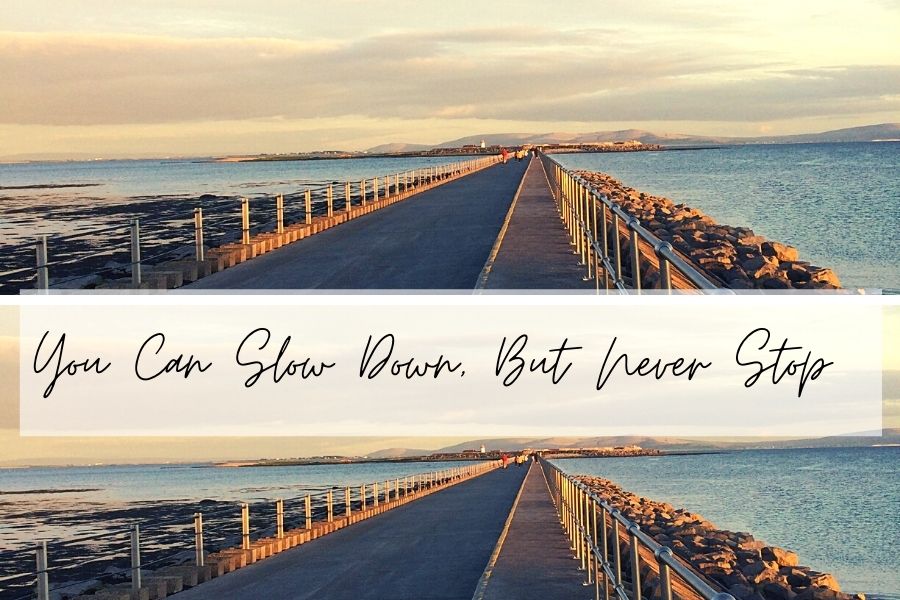 It was as hard as hell to do my no spend year. Don’t let anyone tell you that it’s only a matter of being disciplined. It’s a matter of having a goal that is bigger than just about everything else in your life at a point in time.

I had to remind myself often that this was a short term plan for a long term gain. I did not want to have to hyper focus on money for the rest of my life. But ignoring it was equally as draining.

I Paid Off 10K Worth Of Debt, In One Year, On A Single Income, During My No Spend Year 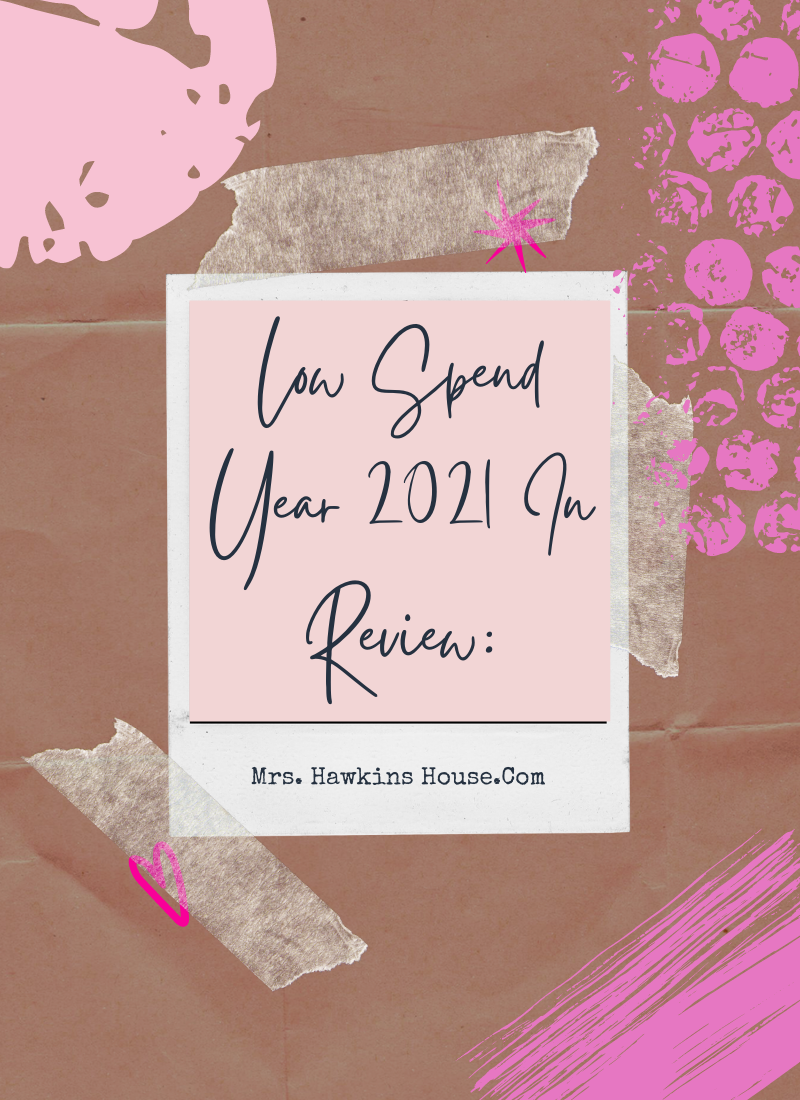 Low Spend Year 2021 In Review: What Were The Rules And Did They Work? 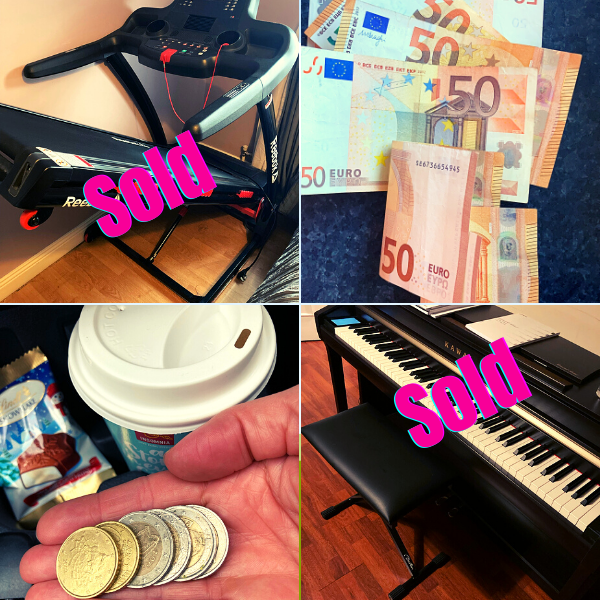 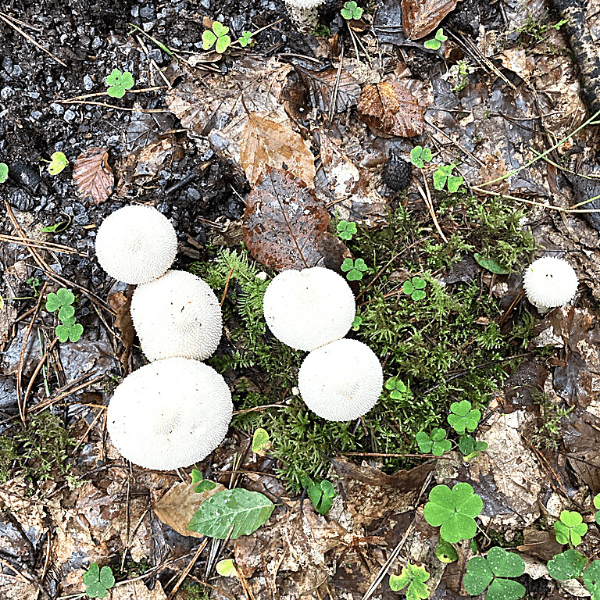 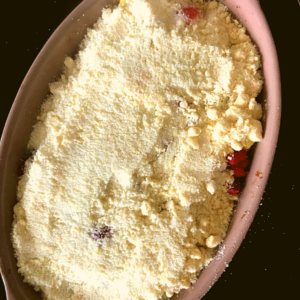 What to do in times of inflation? It's hard to sa

How much should I spend on groceries? You can ap

Setting Up A Grocery Budget From Scratch I’ll s

The STATE of my grocery budget !!!!! Come on over

6 Essential Items To Have In Your Pantry If You’

Save money on food by being prepared. Buy the cu

Travel To London With Kids On A Budget #budget # 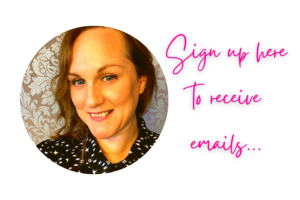